SirKnight3,879Senior ResidentFeb 7, 22:59
Mark the best answer to this question and earn +2 reputation points

I received a message saying that Solitaire is now available in Lynx wallet - is anyone able to confirm if this is correct and if it is being played on Telos blockchain?

It is not being played on any blockchain. The Lynx games are just normal games, and when you win they pay you LNX tokens.

Yes, I've just been playing it on the Lynx wallet on my iPAD. It's running on their new EOSOI Lynx chain. At the moment they are doing a token swap from LYNX (EOS Chain) to LNX tokens which is on their new Lynx chain. I swapped mine over a week ago by selling and buying on Newdex exchange.
There will only be 21 Million tokens on the new chain so the swap is not 1 to 1.

Yes, yesterday I got a message from Lynx wallet (which I use for Telos, I have 0 Lynx), and I played 3 times, I should receive some LYNX as was promised - but didn't receive any.
From 3 times, the last one I won, so I definitely should receive Lynx, but 0
So I won't play it
(Anyway I played for testing purposes, but I can't recommend something which claims to pay and is not paying)

Yes, Solitaire is available on the LYNX Wallet,

*but it is only playable on the LYNX Chain using a Lynx Chain account. *

The only Dapp LYNX Wallet shows for Telos accounts is is Bloksio.

It seems to be a hybrid system. Mostly conventional and partially blockchain. I like the simple games but are reluctant to import an EOS account in the wallet for the swap. 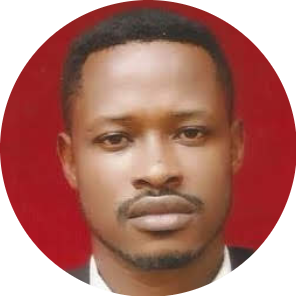 if this is it, it is an amazing development. lets all go swap some

As Jesse says, it's not actually played on a blockchain. The rewards are just transferred to the blockchain. That's why people can play it without a LYNX account but not receive funds afterwards--it doesn't do anything on the blockchain until the game is finished. It appears that several of the LYNX games do this.

Now, modern games do require you to leave some elements of the game play off of the chain if you want to have a very fast paced game. But leaving the whole game off is different. Here blockchain is simply a rewards record. And while that's a way to do it, I would only want to be involved in a game like this where I do not risk any tokens. You see, LYNX Solitaire is just a LNX token fountain with a game of solitaire in front of it like a big Captcha as a sybll protection device. They are basically giving away LNX tokens for free but don't want to do it too fast. So that's fine for their tokens, because this is really just a user acquisition tool. But you should not play games like this with your own assets at risk because they are not "provably fair" you are trusting the game servers not to cheat. And if it's just a faucet for free tokens, that's fine. But if you're betting, you want a real provably-fair blockchain game.

I suspect that the LYNX Solitaire faucet is very susceptible to bots that can drain the faucet soon. It just depends on whether people think LNX is valuable enough to bother building that bot.

If someone builds the bot and drains the faucet, that is bad for LYNX, but if no one builds that bot, it's probably worse because it means that even hackers in North Korea don't think LNX is valuable enough to go to the trouble.